It's been a while since I did a random things about me post, so I'm bringing it back. Mainly because there's not one awesome thing I can really focus on to create an entire post. Sad. But true.


I survive meetings by doodling pretty much the entire time.


Today's meeting was basically a 1.5 hour bitch fest that I really had no involvement in. It was super fun, as you can imagine. Why would anyone want to work from home when you can have angry meeting fun??

Kara eluded to this affliction in her post yesterday, but she was referring to it as it happens to women during pregnancy. I'm just so damn lucky that I got it from birth control, which I had to start taking for medical reasons. It wasn't enough that I had bad acne in highschool and now have scars from that, but I'm also inflicted with this lovely condition. Ain't nature grand? Sunscreen is my BFF. If I were to go without it, my face would look...well...dirty. I've had people tell me I should have taken my sunglasses off because I have raccoon eyes. Yeah, it's not a sunglasses tan, jerk.


Am I the only one who finds political signs really effing pointless?


I was never like, "ohhh! Ok, well since I've now seen 569 of YOUR choice of candidate's signs, I'm voting for him instead." Same goes for political bumper stickers on cars. I don't know about you, but I like to give people the least amount of ammunition to key my car as possible.


I have a neighbor who puts an Easy Walk harness on his dog wrong. As the owner and user of said harness, it looks completely ridiculous. I really want to tell him it's wrong, but we're now four months into my living here and I feel like telling him now would be a huge hit to his ego and/or result in the keying of my car.


Clearly I'm slightly paranoid at the possibility of someone keying my car.


Wounds fascinate me. I can't stand watching a needle or scalpel puncture skin, but the aftermath is so intriguing. I almost passed out at the thought of having two moles shaved off, but the resulting wounds were pretty cool.


THAT'S WHAT SHE SAID! 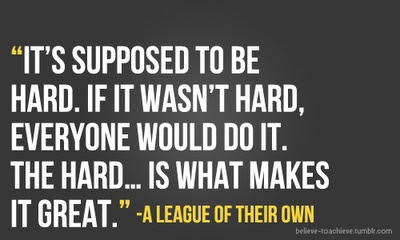 Martha Stewart will have to wait

I've been spending a good amount of time the last few days online searching for couch slipcovers. As many people noted, the couch my mom gave me is a very light cream color/stain magnet. And, since I'm pretty much a professional klutz and I own a dog with an affinity for making messes, the couch had to be covered. It's currently covered in a sheet but, truth be told, it's the sheet set I typically use on my bed so I kind of want it back. Hey, did you know most slipcovers are super boring? Do a quick Google image search. You'll see what I mean. Why would I want to cover boring with more boring??

I had the bright idea to look on Pinterest to see if there was a do-it-yourself tutorial so that I could make my own slipcover instead. I found quite a few, and started getting excited. And then? Then...I started pricing fabric. I'd probably need between 14 and 16 yards to make the slipcover. For some reason, in my head, fabric is like two bucks a yard. It turns out it's more like $6–$10 a yard. I was hoping to spend no more than $40 for the fabric, but unless I can find a helluva good deal, it would cost me more like $80–$150, meaning I'd have to save up for it. <yawn!>

All I can say is Martha Stewart must have started out loaded because this whole doing it yourself thing is a lot more expensive than I thought. It looks like the sheet is staying for a while. Maybe I can fulfill my crafting hankering by making fancy couch pillow covers instead.

Yesterday I decided to do my run at the park. I wasn't feeling like running at all and since it's an out-and-back and once you get out, you have to go back, it was a good plan. I mean, I have yet to get someone to give me a piggy-back ride back to my car. I'll keep trying.


After about 1/4 mile I was this close to turning back around. But I didn't. A group of police recruits gave me an ego boost by running even slower than me. Passing a bunch of panting, red-faced "men's men" in their special matching shirts: WIN! I can only hope they run faster by the time they become actual police officers. They aren't the smartest, however. One of them stopped me to ask "where does this trail go?" So their plan must have just been to run until the world ends. I don't know about you, but I typically research any new running spots to see where they go. I don't have real faith in our future police officers, you guys.

Today's workout will be washing the car (it's a rest day, really), before my long run tomorrow. I'd better research some routes, lest someone mistake me for a police recruit.

My living room is growing up

This weekend, not only did my mom and stepdad come visit, but they brought me FURNITURE!

The glider was my grandma's and the couch was my mom's. Both are in excellent shape and both are begging for upgrades. I really want a fun-colored slipcover for the couch, but that might revoke my adult status.

I love when my parents visit. Not only does my stepdad always help me with my "honey-do" list and my mom makes sure I have the things that I need (hello toilet paper!) but they're great company. I wonder if the teenage me would have ever suspected I'd be saying that someday. They're thinking of moving further south eventually and I'm really looking forward to it. Of course I do realize that probably 70% of their decision to move closer is based on the fact that my brother and sister-in-law will eventually have their first grandchild and they'll want to be close enough to spoil it on a regular basis, but still. I'm looking forward to it.

In running news: I can't tell you how much better my runs have been since the weather stopped being a bitch. Also, having the windows open in the house is awesome. I think this is the first time I've ever wished Summer would end based strictly on the weather.


Excited doesn't begin to explain it. No, I'm not a masochist. Why do you ask? I have a feeling it's going to be a painful Winter.

Because I don't have time for a real post, here's what made me laugh yesterday.

I'm raising a peanut butter lover. Check out those skillz!

What have I been up to lately, since I've slacked off and not posted in a week? Well, here's a taste.

New items in my etsy shop! 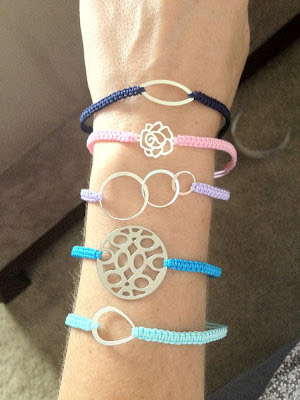 Pippi and I played around at the dog park on Sunday. She played great with dogs and humans. Unfortunately, there weren't as many dogs there as I was hoping. She got good and muddy after playing in the pool and I wasn't able to bathe her because I'd just put her flea and tick grease on her.

I spent Labor Day at my friend, Erin's, place. It was a great day, which included wine, cheese, and crackers.

Erin's adorable daughter, Embry. After Erin and I finished watching The Hunger Games, she put on Elmo's World and Embry was mesmerized. 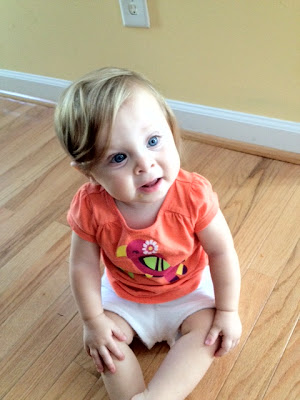 Then we played in the tub. It's been a long time since I've bathed a baby.

This weekend I broke down and ordered a storm door. I actually had to finance it (thank you, Lowe's 18 months, 0% interest). I got a call that they wanted to come and install it on Tuesday. So fast!

I was supposed to work from home on Tuesday but when I turned on my laptop, the screen never came on, so I brought it over to the IT department at work and had to be back at the house for the door installer guy. While I was waiting, I decided to make a super cheap wreath.

The finished product. Plus a dog laying in the most uncomfortable-looking position ever.

Other than that, I've been feeling kind of in a slump. But I won't go into that. Instead, a super awesome penguin for your viewing pleasure.