I've been putting a lot of thought lately into my running form. I'm sure I look like a total goober when I run, but that's not to say I plan on focusing on changing it any time soon. I'm not sure if it's because it's been so gross out that I've been trying to focus on something other than the heat, but I've been thinking a lot about what my arms are doing, in particular.

I've been seeing a lot of strange "running arms."

Yesterday at the gym I discovered "The Fly Swatter"


If you know this girl, please help her.


I've also noticed the "arms at sides," which just seems really difficult, along with the "exaggerated arm swing" and the "hands behind the back." Maybe that one is intended as practice for having to run if handcuffed? 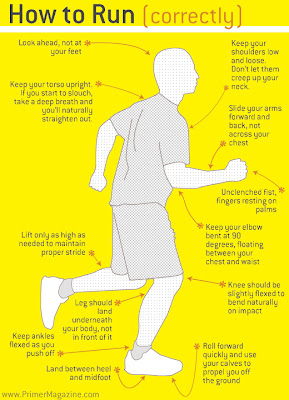 According to most sources I've explored, I'd describe my bad running arms as the "cross my heart," which sounds nice, but apparently it's not right. I guess I should work on keeping my arms from sliding across my chest. Eh, we'll see.


And, just for fun, the day I was so happy for the race to be over, I inadvertently did "The Phoebe." 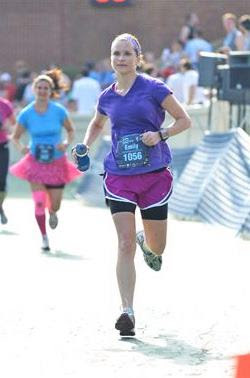