I was asked recently by someone if there's anything they do that really grosses me out. "I won't be offended," says this person. Yeah...right. So if there really is something they do that grosses me out, then in the future if they find themselves doing it, they'll be all self-conscious. I like to avoid saying or doing things that will result in awkward exchanges in the future. And so, of course, my answer was, "no, I can't think of anything." This may or may not have been a bold-faced lie. I'm not spilling the beans.

I like to live by the rule that, "If you're afraid of the answer, don't ask the question." Maybe this is a completely naïve way of thinking, but it allows me to sleep at night. I tend to get anxious about enough things, I don't need to add fuel to the fire. You'll never find me asking, "does this make me look fat," because if it does, no one is actually going to tell me that it does anyway. And if they do, I hope they'll then pay for the ice cream sundae they'll be sharing with me later for my bruised pride. I'll also never want to know things like how many people a significant other has dated before me. I've never asked the question and I never plan to. I'm uninformed and happy :) 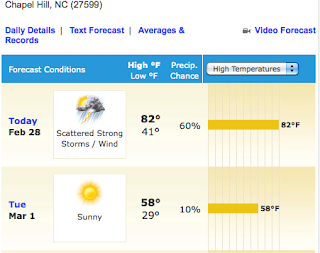 My flip-flops are confused.
at 8:18 AM No comments:

Fill in the blanks

To be fair, I totally stole this from someone else's blog. But, I think it's a great idea, and good way to waste some time :)

1.   I am currently obsessed with my iPod Touch. I only wish it were an iPhone. I've been asked more than once, "why do you have two phones?"
2.  Today I am glad because my dad is in town!


3.  The age I am is 29  and the age I feel is 20, but with the wisdom of a 29-year-old. I still can't believe I'm almost 30. I can't help but feel that everyone my age knows the secret to life and I have yet to figure it out. But then again, when I really think about it, I can't see myself married with children. I guess I'm just a slow-grower.
4.  My favorite place is my room. I hesitate to say this, as I really could always go for a warm, sunny day on the beach, but at the end of it all, I love my room. It's the only room in the house that's MINE.
5.  Something I have been procrastinating is donating my old, used gym shoes. I have about five pairs now that I need to donate. I want to donate them to Nike Reuse-a-shoe, but the thought of paying for the shipping is making me put it off. I think I'm under the impression that some day in the future I'm going to be filthy rich :-P

6.  The last thing I purchased was lunch at Subway yesterday. Exciting, right?
7.  The thing I love most about my home is living with family at 29-years-old. While this sometimes isn't so awesome, most of the time it is. Plus, I live with dogs that I don't have to pay for ;-)
at 8:57 AM 6 comments:

Labels: Fill in the blanks

Jeremy has torn down and rebuilt an engine, put it in his Jeep, and got it running last night. In my opinion: Amazing!

After much contemplation and annoyance over Tumblr's interface, I've decided to make the switch from Tumblr to Blogger. I never really intended to create a "real" blog, really. I wanted a platform for my family members and friends who don't have Facebook accounts to easily read about my daily goings-on. It turns out, however, that none of them were really keeping up with it, so it turned out to not be a great solution. I have, however, found a few of my friends' blogs on Blogger, and in order to follow them or vice versa, I needed a Blogger account. And, so, here I am!

I wasn't able to (with my limited knowledge of how the inner workings of the internets function), transer my Tumblr posts to Blogger. This makes me a little sad, but, after all, it is not the end of the world. Sometimes starting over is for the best.

Unfortunately, I had already created a Blogger account back in 2009 with this title ("in the between"), so "just live through it" is being put to rest (although, as a saying, it is still my mantra!).