The one where I met Elmo

You know when you get sick with a cold twice in less than three months? Before November I hadn't been sick in over two years and now this. Balls!! I even underwent the dreaded strep test for nothing. Apparently my sore throat was caused by post-nasal drip. So...all our lives we swallow food and drinks and things are peachy, but the moment phlegm ends up down there, it sets fire to our throat? Anatomy is magical.

Other things I've been up to: 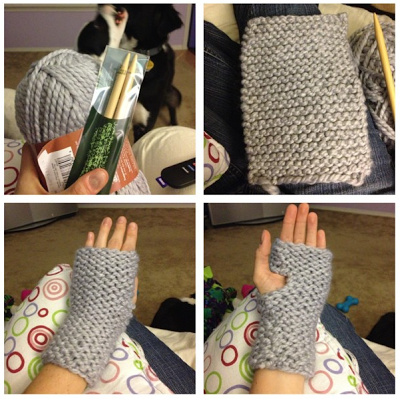 Since this was a "beginner" project, it didn't include making a thumb piece, so I was disappointed. I then tried knitting "in the round," which was a huge disaster...again and again and again.

So I've given up trying to make anything other than a scarf for now. Because I'm a weenie.

In other news...a few things I did while in New York:

And...'BONIES! I have a strange love of Zambonies. They're like gigantic ice vacuums. What could be better? 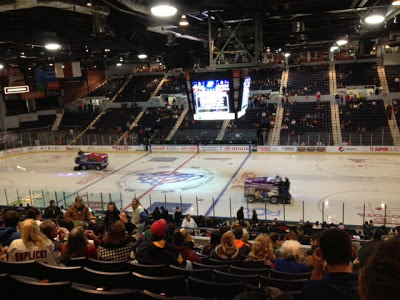 I wish I could vacuum my house like this. Pippi would love it.

Starting next week, I'm going to be back to running! Insanity has taken a back seat lately since I've been sick. I attempted it a couple of times, but when taking a shower uses up all my energy, an hour-long high-intensity workout isn't very feasible. Come ooooon health!
at 10:02 AM 9 comments:

It's been quite an interesting couple of weeks. Last week I flew to Rochester, NY to spend a few days. On my first flight there they boarded everyone into the plane and then, ten minutes later, they announced that there was two much fuel on the plane and they had to unload some of it before we could take off. I'm not going to lie. It made me a little nervous. (Although better the plane have too much gas than the passengers. Right? RIGHT?) 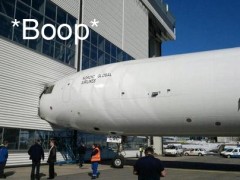 A few minutes later it was then announced that they needed six volunteers to get off the plane and take another flight and they'd give each volunteer a $200 voucher on a future flight. Did I take it? You better believe I took it!

The flight I was put on arrived a couple hours later than I was originally supposed to land but, dude, 200 free dollars!

More about my visit in NY later. There are some other exciting things to announce, too.

This next thing needs some background explanation.


When I bought my house, through the Community Home Trust, there are certain perks (and some cons as well) that came with it. One of these things is the stewardship account, which contains money that belongs to the home. I pay a monthly fee into the home’s account, and while I live here, I may apply for money from the stewardship account to pay for replacement of certain major systems. The account stays with the home as it is bought and sold.

One thing I've been wanting to replace for a while is the carpet on the first floor. It was never high quality carpet anyway, and it's pretty run down and stained. I really want to put in wood floors. 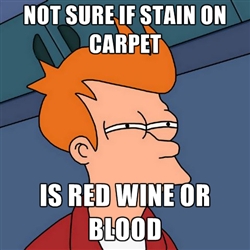 I had to schedule for my property manager to come and inspect the carpet to assure it's in need of replacing. I was worried for days that she'd turn it down, but as soon as she walked in, she basically approved it just standing at the front door. 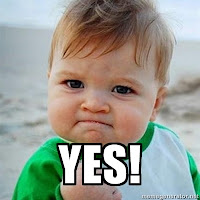 I don't know how long it'll take, but from the sounds of it, hopefully not too long. I can't wait! Any advice on where to purchase non-ridiculously-expensive rugs?


I have a coworker who pointed out the Groupon to me and I hemmed and hawed over whether to do it or not and then the stars aligned. I got a freelance check right before the Groupon purchase time period expired and just decided to go for it. Years ago I was studying to become a fitness trainer, but at the time I had three jobs and not enough time to study and it fell by the wayside. This time I'm going for it. Let the studying (and getting back to the gym) begin! 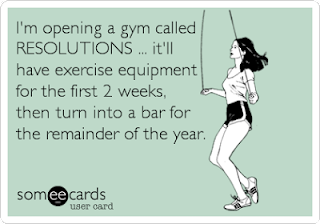 Remember back when I totally dumped on Jillian Michaels?

Well, I still feel the same way about her. Nothing has changed there. She still needs to put a shirt on (although I dig her arms). I thought, when the new season of The Biggest Loser aired and she was coming back, that I was going to hate it so much, but I have a new "least favorite thing" about the show and, as much as it pains me to say, it's Bob Harper! I've never really done a "review" on him, but I do mention liking him in several posts (just not showing as much love for his workout videos).

I used to enjoy him for the fact that he wasn't a douchebag, but that's all changed. Have you seen him lately?

I just can't. He's gotten worse than Jillian at the "yell at them until they throw up" exercise plan. Jillian still does her fair share, but it's pretty bad when she is the one who tells Bob to stop yelling because "he's making a weird sound. Are you sure he's ok?" I just get the general feeling that he's trying way too hard.

I really hope Dolvett doesn't jump on the douchey bandwagon because, well...yum. If I was a celebrity, I'd hire him as my trainer any day. 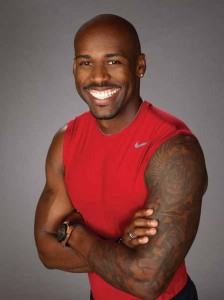 I really think they should have a Biggest Loser-type show where there's no yelling. Maybe I should have continued with getting my fitness trainer certification and invented that show. Blast! My ticket to fame and fortune! Although, I guess I'd have to get a few tattoos to be taken seriously.

I had every intention of working out and then doing this all weekend: 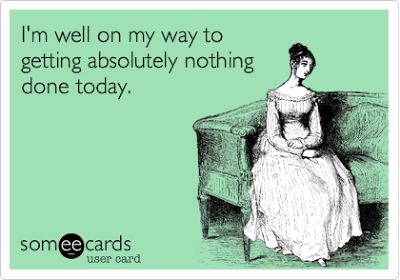 Yeah, that didn't even last through Friday night.


Around lunchtime on Friday, my brother dropped off Rocco for me to watch while they were out of town for the weekend. He and Pippi are quite the team. I had two furry, dog-shaped shadows all weekend. It was nice to eat breakfast at my desk at work this morning without them both in my face. 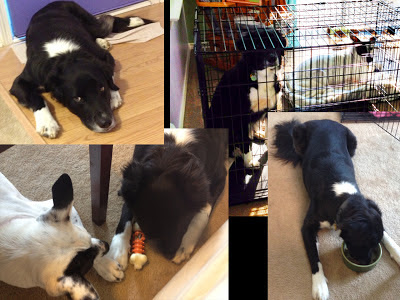 Also, anyone watching me trying to take them both for a walk together in the mornings had quite the laugh.

The remainder of my weekend was spent painting and installing knobs in the kitchen and building a new way to organize my earrings so they aren't sitting in a cigar box on my dresser anymore.


And then Sunday I parked myself on the couch with intentions of not doing much else, and then I found this in my Real Simple magazine:

..and it occurred to me that I could make something like this to get my earrings out of that cigar box and hanging up so I can see them. I headed to Michael's for buttons and a display of some sort. I planned on nailing the buttons down...somehow. 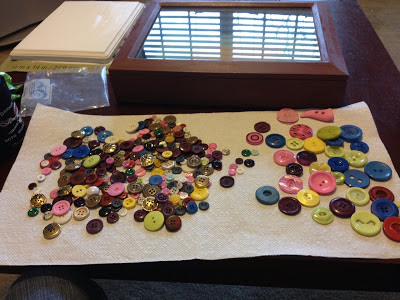 Well, that didn't exactly work out. I bought a really cheap wooden display case and painted it and then a new thought dawned on me (thanks to Pinterest): a cookie cooling rack!

As luck would have it, I got a sweet new cooling rack for Christmas, so I had my old, handed-down one to spare. 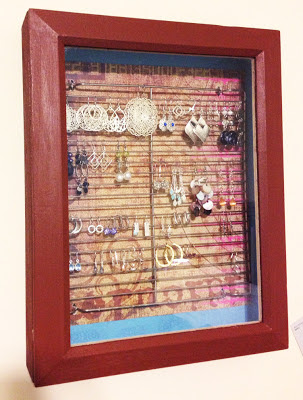 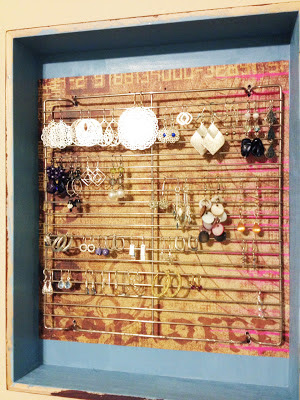 I also worked out, but that goes without saying. This week I'm supposed to begin the "max" workouts of Insanity and I'm pretty nervous. Send me luck!

I could never be a gymnast

Yesterday, on my last day of "vacation," I decided to use the paint I'd bought for the guest room to paint the stairwell and upstairs hall. I decided I don't like the color for a bedroom but I didn't want to waste it and the stairwell walls are as nasty as the rest of the walls were when I moved in.

Things were going pretty well until I realized, as I was standing on a chair at about the same location I was standing to take that picture, that my balance is worse than I thought. After wobbling and suffering a pseudo heart attack, I decided I'm enlisting help for the parts I can't reach safely. So, to recap: I'll risk cutting off my toes to remove a mirror and a broken face to replace a bathroom faucet, but when it comes to self home repairs, I draw the line at falling down a flight of 18 steps to my death at the risk of having a half-painted stairwell.

Ever since I've had dizziness off-and-on, I've been skeptical of the original diagnosis of an inner-ear condition. However, recent events make me think there may be something to it and I didn't really feel like testing it out yesterday.

During Insanity workouts, there are two exercises that I just can't do because I fall over every time:
suicide drills and hit the floor. Basically, you go quickly back-and-forth sideways and touch the floor in between. And "hit the floor," I do. 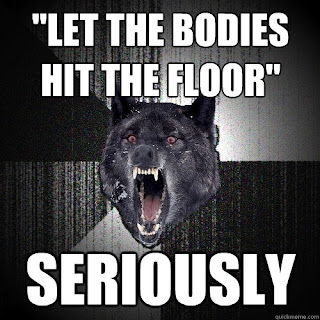 I also have almost fallen over in the shower a few times lately, just standing there, and when I was home for Christmas I realized that while hugging my family members, I get the feeling like we're falling over but the other person doesn't. So so strange. I have absolutely no idea if there's anything I can do about it so for now I'll just avoid reaching over the steps and replace any floor-hitting with other exercises.

Speaking of exercises, I've formulated a running plan for 2013. First of all, I won't be paying to run any races. I've decided that this year I will focus on the house and working on getting out of debt. (so if anyone has a treadmill they're looking to give away, pick me!) Therefore, I'm going to train for and run my own race. No, I'm not joking. It won't be nearly as fun but I'm still reaching for that half marathon PR and to get speedier. Also, because why not, I want to be able to do a 10-minute plank this year. As far as other goals, I am going to train Pippi to balance things on her head.

To be honest, I have no clue how many miles I ran in 2012. I had a goal of 700 miles and then I un-signed up for DailyMile and quit tracking them. Also, my goal of doing a pull-up got shattered when I got rid of my gym membership bought my own house with no room for a pull-up bar. But then again, I think "bought my own house" trumps "do one pull-up".