This has nothing to do with anything except that I just saw it advertised (not in a joking way) as I was beginning this post and I'm slightly horrified/mystified.


And now onto the good stuff.

I think I can finally write this post without having nightmares. It's no secret that it snowed here a couple weeks ago. It was a snow that everyone knew was coming, yet no one (in central North Carolina) was prepared for, as usual.

If you went to college or work at a college anywhere south of, probably, Pennsylvania, you know how universities like to cancel classes for snow, but employees still are expected to show up to work. Because, only the safety of those paying to be there really matters. Wouldn't it be fun if the whole world worked this way?

So, the snow was expected to start around lunchtime and hit us hard and fast. Classes were cancelled starting at noon, but employees were still expected to work a full day. I went into a meeting at 12:30 and it hadn't started coming down. When I got out of the meeting at 2, we already had a lot on the ground and it was coming down thick. 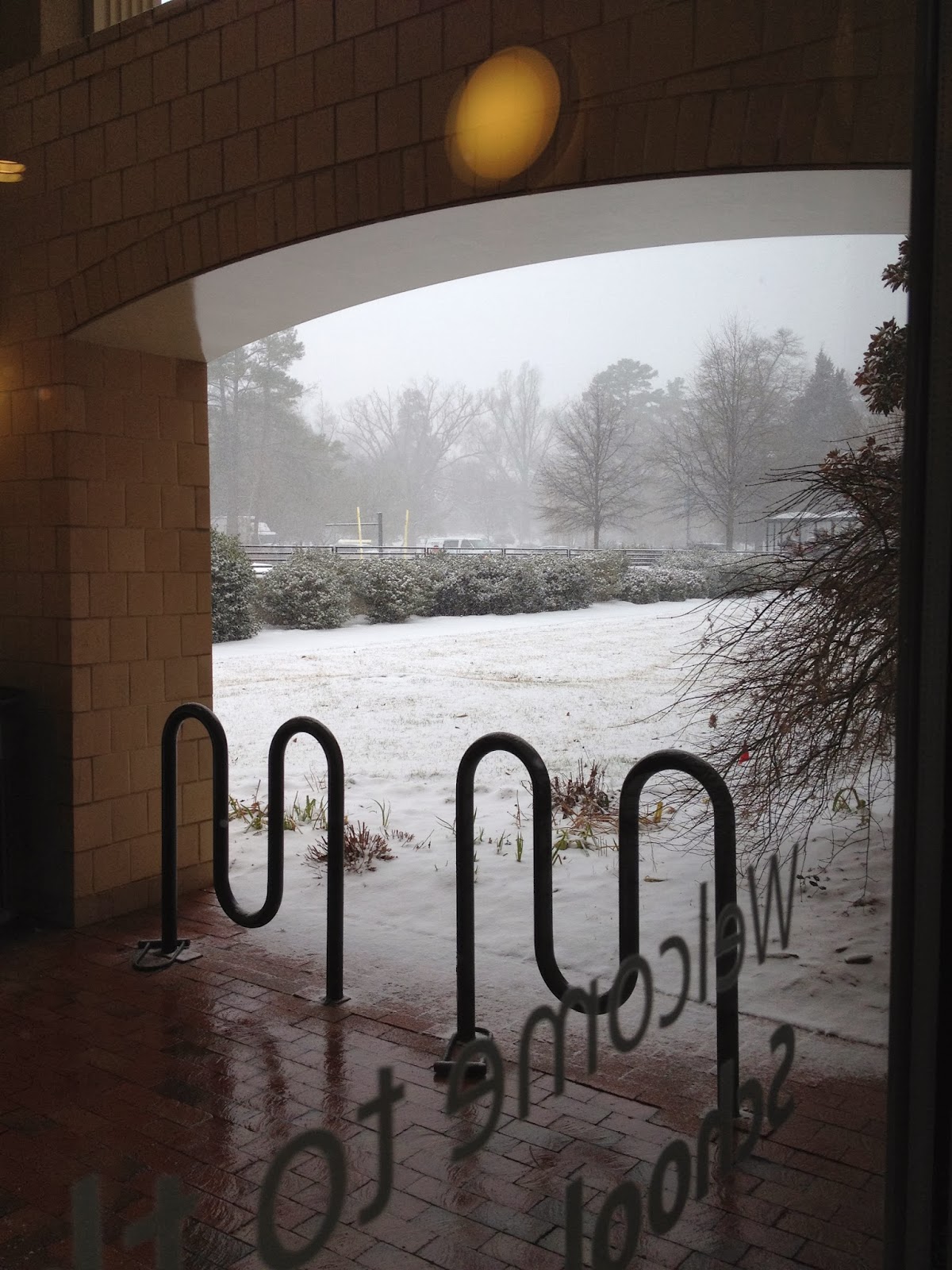 Ten minutes later, we all got a panicked e-mail from the university that all offices were CLOSED IMMEDIATELY! My coworker offered to drive me to the park-and-ride lot since it appeared the buses were all stuck and/or had stopped running. The 2-ish mile drive to the lot took an hour. Way to go, UNC! I was NOT your biggest fan that day.


The drive from there to my house (about three miles)? Another two hours. That's five miles in three hours. People were getting stuck trying to get up even the smallest hills. One street I finally got down after waiting behind a pickup spewing awful exhaust for a good long while.


I definitely jumped a few curbs but really, it didn't get me anywhere any faster. My boss had to leave her car in a parking lot and walk home, which I was contemplating only because I was about to start ramming people. But I persevered. Once I got past the hilly street, past all the cars that were getting stuck, this was the rest of the ride.


This is one adventure I never want to relive. I wasn't made to endure all this fluffy whiteness. This was enough snow for me for years, thank you!