It's been quite a while since I couldn't fall asleep at night because my brain was full of ridiculous thoughts. That is, until last night. It got so ridiculous that I had to write it all down so that I could put it to rest (and get some rest). 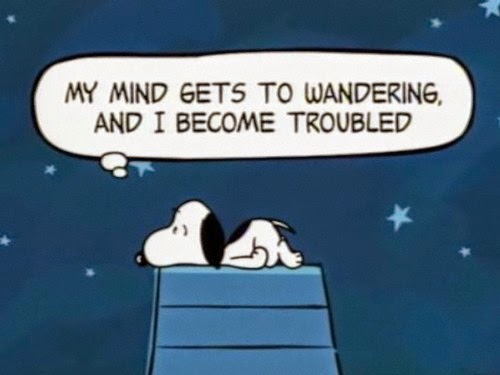 Last week I lost one of the rubber ear pieces for my earbuds and replaced it with one that was slightly different and then I had different sound in each ear. That just wouldn't do. I had some other replacement ear pieces and also an extra pair of earbuds somewhere. But where did I put them? Of course, this didn't occur to me until after I'd already gone to bed. I couldn't have thought about it earlier in the evening. That would have been too convenient. After going through the many possible places they could be, I couldn't let it go. I had to get out of bed and check if they were there. They weren't in any of those places. And so, the earbud thoughts went on.


And, as thoughts tend to do, the earbuds thoughts somehow morphed into the "hear no evil, see no evil, speak no evil" saying. What about smell no evil and touch/feel no evil?! THESE ARE THE QUESTIONS THAT KEEP ME AWAKE AT NIGHT!

And then, I started thinking about trash bags. Logical segue, right? This past weekend I was at my brother and SIL's house and my brother had just taken out the trash, so I grabbed another trash bag. To my amazement, they smelled like heaven. They were a special Febreze-scented variety and WHY HAVE I NEVER HEARD OF THESE? I need these in my life. Who doesn't want to pretend their trash don't stink?


The last thing I remember thinking about while falling asleep is my freaking car registration/tax bill. I have several neighbors whose car registrations expired years ago and they're driving around with expired tags and I'm losing sleep over the fact that I have a $150 bill for car registration and taxes that I have to budget for in the next month. I got really close to convincing myself that I'm going to turn all my neighbors in to the police before it was clear I needed to find a way to just go to sleep already.

I actually had to take out my phone and add a "note" with all this in it so that it was documented somewhere other than in my head.


ONE
Have you ever had one of those runs where you would give anything if only a porta-potty would magically appear at this moment? This was my run yesterday. Too much information? I think I've found a huge flaw to the whole living alone thing. No one to come..."rescue" me in such situations.

TWO
Last night Pippi needed a bath. I'll spare you the details of why. One thing I don't understand is why dogs hate baths so much (or at least MY dog). I mean, it's like a free full-body massage! I basically have to try to trick her into the bathroom or drag her in there. She looks dejected during the entire bath and then as soon as it's over and I get out the towel, it's butt-tuck-run-crazy time. What IS that?!

THREE
I moved to North Carolina six years ago today! It doesn't even seem possible. I had no job and moved in with my brother and sister-in-law. Two years ago at this time, I had signed a contract on a house. So many things have changed!

Have you ever had to be rescued on a run?

Does your dog enjoy baths? I've heard of this phenomenon, but never met a bath-loving dog.
at 9:11 AM No comments:

And she now knows the word squirrel. 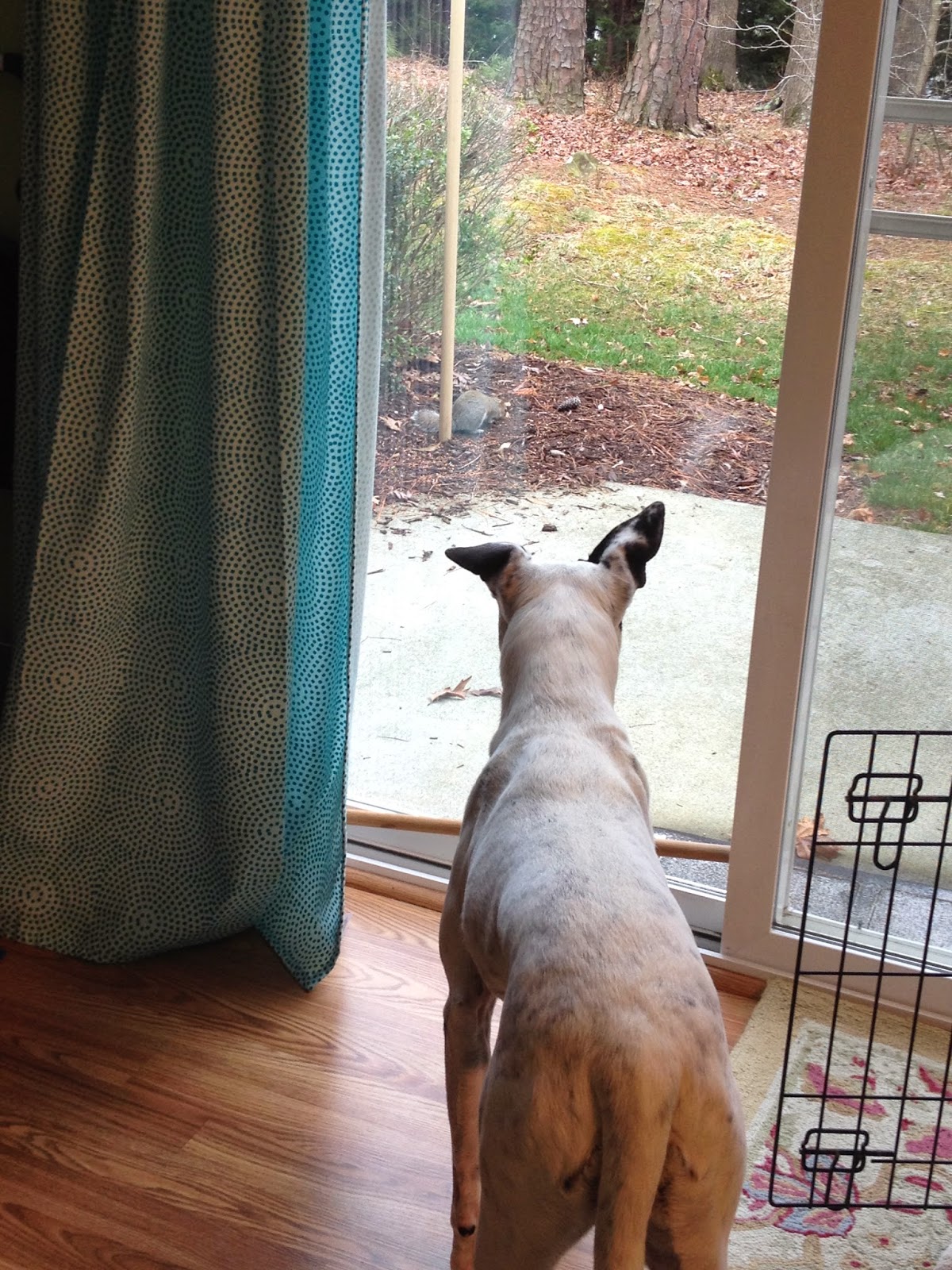 Ever since I got the bird (slash squirrel) feeder, she now spends only half her time being connected to me with super glue. The other night while I was lazing on the couch she wasn't in the same room so I went looking for her, afraid the silence meant something less-than-awesome was going down. Nope, she was just creepily spying on a squirrel, her nosed pressed up against the glass.

I've concluded the only time her attention span is longer than about 30 seconds is when there's a cat or a squirrel in the vicinity. She'll stand there just staring as long as one is around. As soon as that squirrel is done eating and hops away, she jumps at the glass and barks. Because that's how you get the object of your affection to stay a while. Didn't you know?

Because who wants to watch birds eat when you can STARE AT A SQUIRREL OH MY GOD!
at 3:47 PM No comments:

If you're like me, whenever something is happening with your body that isn't normal, you retreat into self-diagnosis mode. You also know that one of the best and worst websites of all time is webMD. 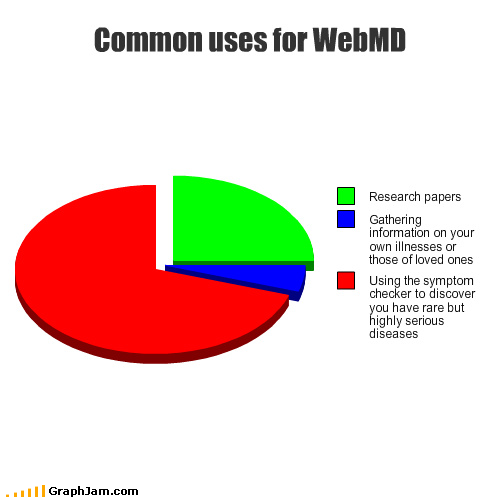 Going back a couple of weeks to that recurring foot issue I have during long-distance runs, as a cheapskate self-diagnoser, I did my due diligence. After much research and discussion with my PT Technician friend, I've decided I may have sesamoiditis.

I don't know that it's all related, but the pain from the bulging disc in my back always occurs on the right side of my body and I've always had foot issues with my left foot. I know. I'm a freaking genius.

To get relief from this strange...condition, in lieu of just not running (been there, done that), I've purchased a couple of these bad boys: 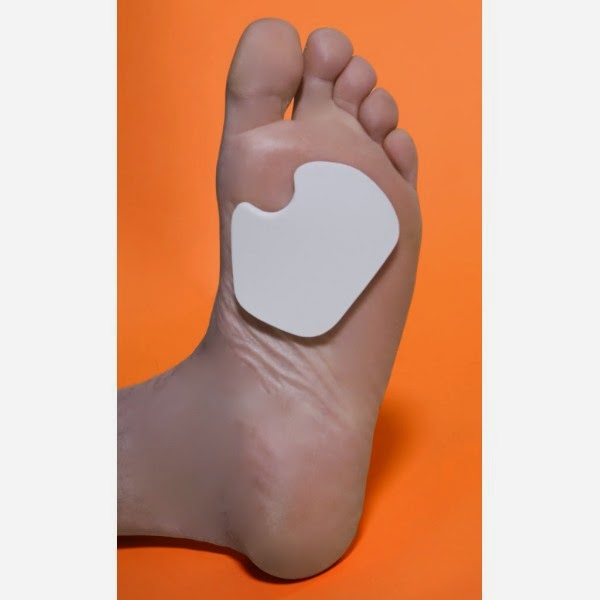 The idea is to take pressure off the sesamoid bones while running. I'll be testing them out today....along with not wearing heels for a while. If this all helps, I may need to get rid of the heels forever (DARN!) 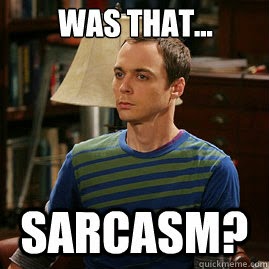 Now that the foot mystery is diagnosed, a new issue has emerged. Two weeks ago I had two chipped teeth/fillings repaired. It was the normal process of numbing, drilling, etc. Blah blah. But ever since, I've had a consistent dull ache in my jaw and a never....ending.....headaaaaache.

One thing that happened during the "procedure" that I didn't recognize as strange until later on is that, when the dentist did the numbing, immediately I noticed my heart started racing and I was shaking. I chalked it up to being nervous and not having enough to eat for breakfast. A couple hours later at work, I CRASHED big time. My mom told me later that sometimes when the dentist is injecting the numbing...stuff, they hit a blood vessel. And that's bad. It makes your heart race and then you crash. Well then, mystery #2 solved.

I understand now what Jason Statham went through. Except, you know, I'm not armed with weapons and handsome good looks. Oh, and his face wasn't numb. 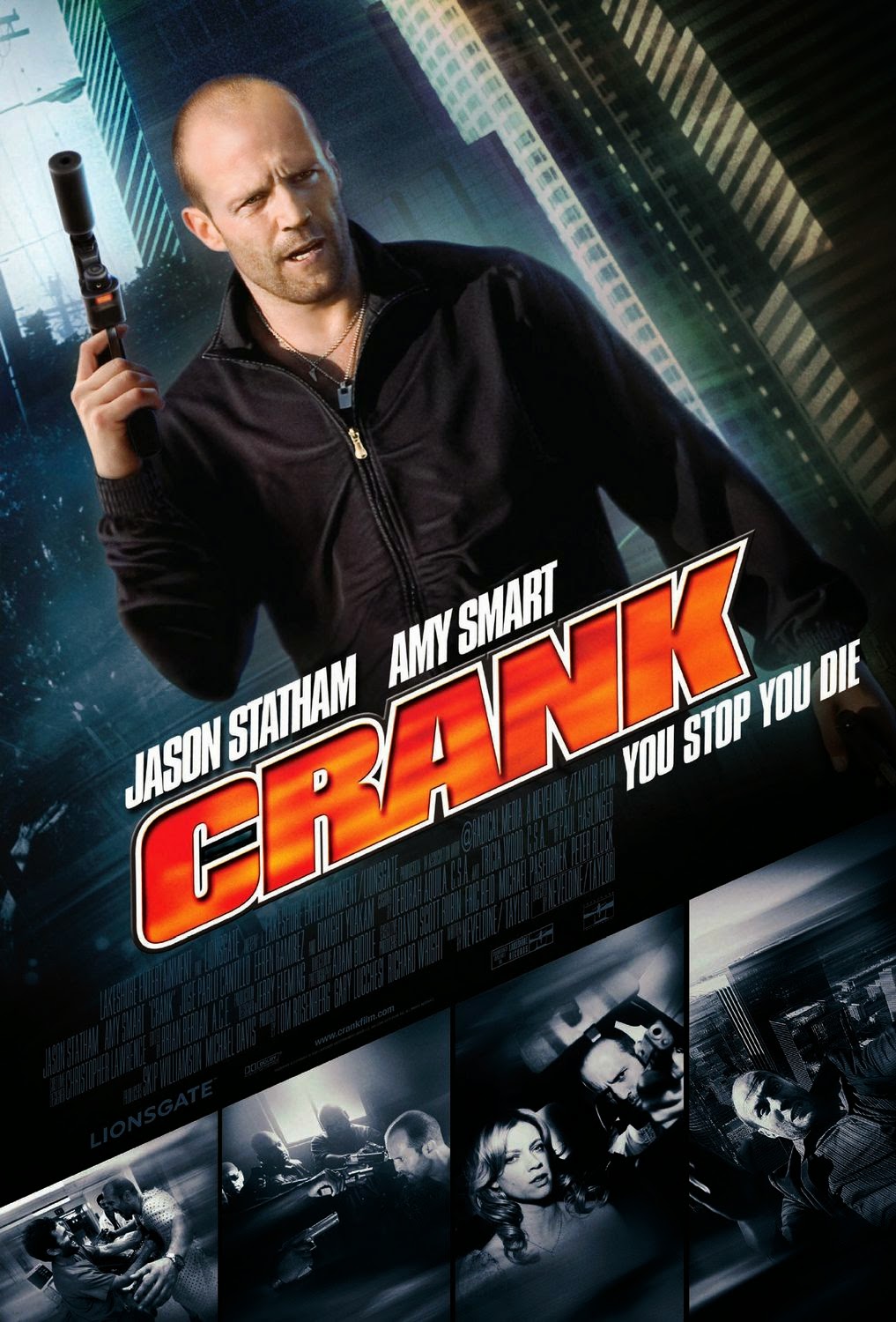 Have you ever had a strange ailment you successfully diagnosed using the internetz?
at 1:59 PM No comments: