Charity Miles: too good to be true?

Today I finally researched something pretty interesting that I've been hearing about: Charity Miles. It's actually pretty awesome. I'm surprised it's not more popular.

You download the app, choose a charity (from the 22 choices), and tell it whether you're running/walking or biking. It tracks your mileage via GPS and tells you how much money is donated to the charity you chose based on the distance. The only downside is that, since it works off GPS, you can't earn mileage from the treadmill or stationary bike.

Since I just discovered this today, I can't really speak to its integrity or how well it works, but in theory, it's an awesome idea.

Sara McLachlin would be proud to know that I plan on selecting the ASPCA as my charity of choice. 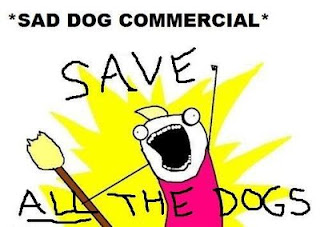 Runner, walker, and biker friends, have you heard of Charity Miles? 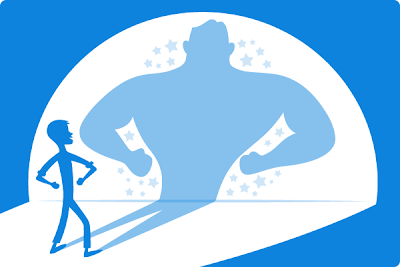 I've been absent from blogging for a while now. Basically? Life happened. Life, and me working through some things. Getting back to running after an almost five-month hiatus while dealing with a back "injury" has put a lot of things into perspective.

It feels like I'm starting over. My first run back was ok, but the resulting muscle pain was ridiculous. I knew it wasn't going to be easy, but I guess I figured maybe I'm lucky and I'll bounce back quickly.

Endurance is earned, not given. You have to earn that shit back, guys. It's no joke! My training plan for my next race doesn't start until next week, but since my first long run (next weekend...already!) is six miles, I knew I needed to work up to it and put in some base miles so I decided I wouldn't wait for the doctor's ok and started running again about a month ago. I'm quite the risk-taker.


Before my running hiatus, I'd gotten to the point where I felt like I was comparing myself with my running counterparts (who are much more competitive and better runners than me) and it wasn't enjoyable anymore. I was almost ready to throw in the towel.

This past Sunday while I was running with my friend, Lindsey, we discussed this issue and I realized I wasn't the only one who'd experienced this "runner's guilt." We didn't have a particularly fast run and we weren't competing with each other. We ran at a comfortable pace and walked when we needed it. It was stress-free and, dare I say it, enjoyable! But we were still putting in the miles. I can't remember the last time before this year that I actually enjoyed a run. No, seriously.

Why was I comparing myself with everyone else? Why did I let it bother me that I'm slower than they are and not wanting to run longer races? Epiphany: Why not be in competition...with only myself? I know, novel idea, right? Welcome to adulthood, self. 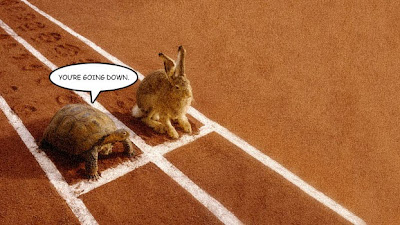 That's right. After five months of recovering, I'm back at it. It's been slow and annoying and I'm so frustrated with my loss of endurance, but I guess that's to be expected. I did a lot of hemming and hawing around what new shoes to try since I've never had a pair that didn't cause me pain of some sort (mainly in the form of blisters) and I ended up going with a pair of Asics GEL-Cumulus. 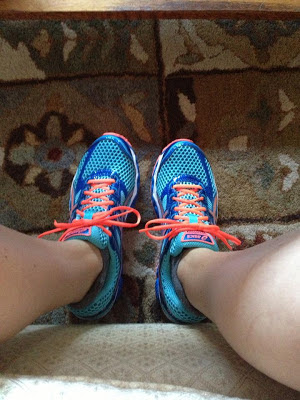 So far I've not run more than 3.5 miles so I'm not sure how they'll do for long runs, but for short ones, so far they're winning. I feel bad for cheating on Brooks. We had a good run (no pun intended), but I had to move on. I've also been painfully reminded how much it sucks running in the humidity. Summer forecast: dog breath. 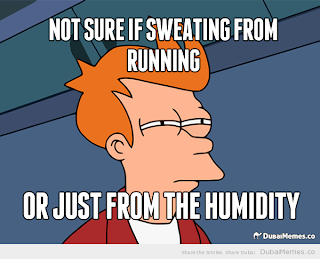 Luckily I've found a group of awesome girls to run with which makes it so much more fun and motivating. Also, they like food as much as I do. It's a match made in heaven.

And now, to brighten up your hump day: