Back pain update:
I have a bulging disc in my lower back. I could tell you which vertebrae it is between, but I'm not that invested in caring. I just want it to stop hurting. Apparently my hips are also out of alignment.


I've been to the chiropractor five times in less than two weeks. I hope they're as sick of seeing me as I am of seeing them. This has, of course, put a damper on my workouts the last couple of weeks. I'm beginning to feel like a fat slug. This is no good for my mood. It's probably a good thing I live alone, although I think it's wearing off on Pippi. 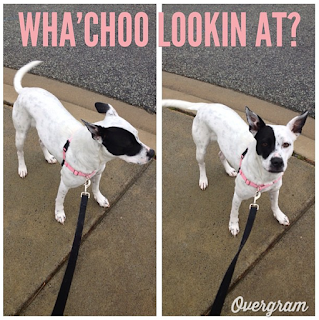 Onto a completely different subject...

Lately I've been into painting my nails, but I always hesitate to buy new nail polishes because I never finish the entire bottle. NEVER. I feel like companies should sell all colors in half-sized bottles for half the price. I bet they'd sell a ton more of them than the regular-sized bottles, except maybe to nail salons. But let's be honest; ain't nobody got the money to go to the nail salon on a regular basis.

Since the half-size bottle thing will probably never happen, I've been thinking about some type of nail polish exchange. I'm not exactly sure how it would work, but I really like the idea of trading nail polishes to refresh your selection from someone else's selection. Plus it would be free, aside from the shipping cost.

Would anyone else be interested in a nail polish exchange? Or is this actually just a really horrible idea?

Guess who is getting back to the gym?! I had purchased a 3-month membership to the YMCA down the street a while ago and just redeemed it on Friday. I cannot WAIT! Working out in my living room is ok, but there's no comparison to actually being in the gym. I'm just hoping all the New Year's resolutioners are done kidding themselves and are back to chillin on the couch. 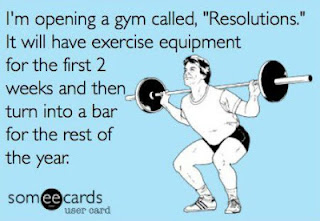 My mom and stepdad came to town Saturday afternoon. They brought with them the awesome pantry my stepdad made me! My house didn't come with one, which is just annoying, but I'm pantry-less no more. My stepdad also installed the ceiling fan I've had for probably six months for the guest room. 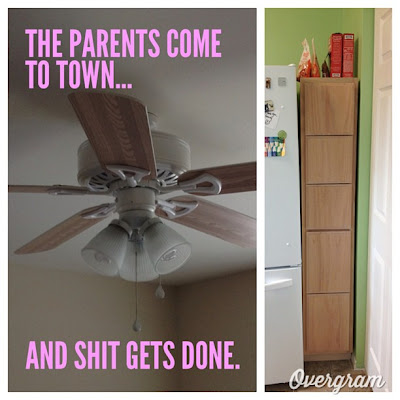 How the previous owner lived with no ceiling fans whatsoever, I'll never know. I guess it's probably because I grew up with one in every room, that I can't fathom not having any. Air is awesome.

I was also able to replace the cheap shelf I was using as a side table in my living room with this awesome find:

My mom and I happened to be walking past the clearance table while they were marking things down even more then they already were. I mentioned how cool the table was and the lady said she'd give us the "set" for $30. I'm not truly convinced they actually go together, but hey, I'm not complaining.

While my mom and stepdad are here, they're going out during the days to check out possible locations to move to. Exciting! Good people shouldn't have to endure the craziness of Northern Virginia any longer than necessary. 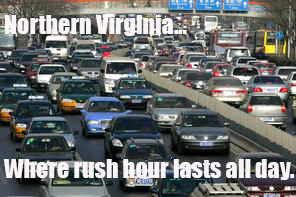 This afternoon is my chiropractor appointment so we'll see how it goes. The curiosity is killing me a little. My back is feeling a little better, but I think I've had pain in it for so long that I'm just used to it. I'm a damn idiot. There, I said it before you had the chance. That's my Monday gift to you.

This week? It's not over yet. It makes no sense! It's been at least ten days long, right?

I finally caved and made an appointment with a chiropractor. It took this level of pain to get me to finally make an appointment. I'm not a quick learner. I'm not going to lie, I'm a little concerned it's going to be some sort of new age-y thing and he's going to tell me to take some herbs and think happy thoughts. 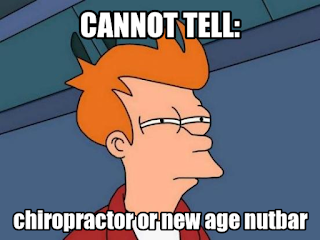 I've been taking a break from working out in hopes that it will help, but really I'm just still in pain and climbing the walls with anxiety from the lack of movement. My mom's coming to town this weekend, so after work today I'll be cleaning the house to make it mom-clean so that'll be my workout I guess. Fingers crossed that I don't break myself in half or something lame like that. Ain't nobody got the time for that.

Guess what I've been contemplating lately. 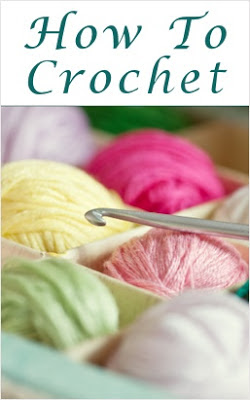 I'm going to earn my Grandma badge before you know it! I currently know way more about yarn than I ever dreamed possible. (It's been a slow week at work.) I'm still trying to decide who to give my first knit hat to. I'm currently knitting another one...that I'm never going to wear.

I hope all you folks up north enjoy all that snow. I kind of wish it was snowing here. All we've gotten so far is a lot of ice. You can't make a snowman out of that. Useless. I do, however, find it pretty awesome that they named the storm after a cute cartoon fish. I'm thinking the folks up in New York don't find it to be very cute. Also, since when do they name winter storms? Am I missing something?


Now I think I'll be watching Finding Nemo after I clean today. Welcome to my brain.

Dear world: I am in SO MUCH PAIN! 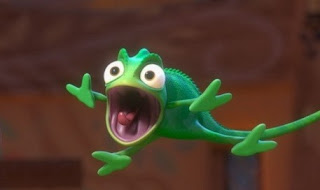 I'm not sure how I did it, but yesterday I must have moved in just the right way to complete eff up my lower back. Someone asked me if I did it while working out or if I tried to pick up Pippi or maybe while cleaning? Nope. All those scenarios would make way too much sense. I've had issues with my lower back since college and I can't afford to go to a chiropractor so I've just lived with the pain, but holy CRAP! I really think there should be such a thing as "medicinal shots of hard liquor". It looks like a forced rest day. Argh!

Now, because I promised a few people I'd mention it, the real reason I went to New York last month was to visit...a boy <gasp!>. His name is Shane and he's pretty flippin awesome. I met him in August., so I've been hiding it from you for six whole months. Don't hold it against me, okay? 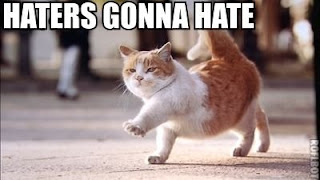 Also, the knitting projects continue. Yesterday I knit a hat! 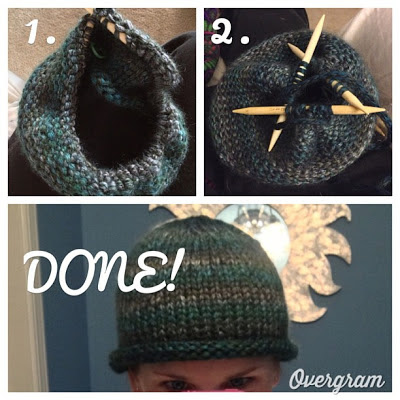 It's too bad I'm not a hat person, so I'll never wear it. Looks like I'll just have to give it away. (Thanks, Abbi, for the pattern. Now I have confidence for knitting in the round.)

I really want to knit a blanket, but I hate using knit blankets (they're too hole-y) so I'll be giving that away, too. My friends and family are about to get so lucky.

And, for your viewing pleasure, I found a new awesome website. Cute animals + bad language = hours of entertainment. Enjoy it. You're welcome.