You know that stuff the dentist shoots into your gums before drilling into your teeth? This morning I had three shots of it put into the muscles of my lower back. Shockingly, it did nothing for the pain in my SPINE. Last week my chiropractor let me know that he was sending me to another doctor to prescribe inti-inflammatory drugs to try to help heal my back. I don't need freaking PAIN MANAGEMENT. But that's ok, because it didn't stop the pain anyway. Throwing money away? Not really my thing. So frustrating!

Looks what's sitting in my dining room, waiting to be installed! 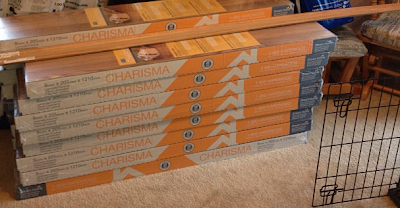 That, my friends, is 17 beautiful boxes of laminate (fake wood) flooring. My building manager finally approved for me to use funds from my stewardship account to replace the nasty carpet on my first floor. My friend and his dad are going to install it and I can't wait. (FYI: For the flooring, quarter rounds for around the walls, and the padding, the total was less than $600. Need a deal on just about anything? I will find it!)

Now, where to find affordable rugs?


Also, know what I found out today, by accident? Friday is a work holiday! I didn't even know! Best news I could have ever hoped for today. Four-day work week FTW!

So I learned something new last week. After another week of no progress in fixing my back, my doctor asked me what position I sleep in at night. I told him I sleep on my stomach. He asked me, shocked, "You don't sleep on your back?" Apparently sleeping on your stomach is to your back what killing defenseless puppies is to humanity. Didn't you know?? So, I was told to put a pillow under my abdomen before falling asleep. I tried it and, after about two hours of lying awake uncomfortable, I gave up on that genius plan.

Also, as with just about everything in life, did you know that your sleeping "style" says mysterious things about you?


This weekend I decided I was going to try watching a new series on Netflix. I'd been hearing good things about House of Cards, so I decided to give it a try. Spoiler Alert: the first episode begins with a dog getting hit by a car. He goes on to whine and cry in pain for at least a minute. It probably goes on longer than that, but sixty seconds was all I could take before hitting 'stop' and completely giving up on the entire series. Yep, that's all it takes. 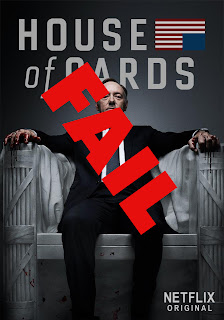 Any dog-friendly series I should check out?

Also, this happened this weekend: 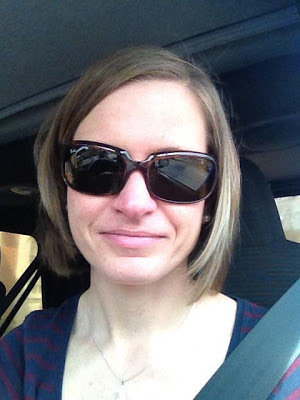 It got to the point where my hair was getting annoying and I'd just put it up all the time, so it was time (either that or Kara's black widow infestation stories put me over the edge). I got about six inches cut off. The lady who cut my hair was a little whackadoodle. Apparently she was a graphic designer for ten years and she hated it, so she spent the entire appointment trying to convince me to switch careers. Luckily I'm not that easily influenced.

I've been feeling left out with everyone running races recently. I'm ready to get back on the horse! Three more weeks to go until I can hopefully start running again. I guess I'm going to have to learn to sleep with a pillow under my abdomen. Or maybe someone can invent a way to just numb my lower back? Or maybe a donor disc between my L4 and L5 vertebrae? Is that even possible? I've already got a race in mind for next March, so hopefully things start looking up.

Welp. The chiropractor has put me on a minimum 4-week running hiatus. Apparently I've been re-injuring the angry disc in my back by doing things like arm weight exercises and running. I don't know what that's all about, but it looks like body weight exercises and elliptical-ling will be the name of the game for the next month. I actually had  running date planned on Friday and I had to bow out. So annoying! I'm going to have to start back at the beginning with training. 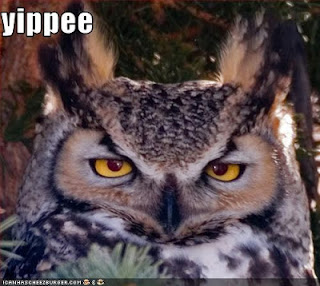 As luck would have it, my brother and sister-in-law, who just put their house on the market, brought over their elliptical for me to "babysit" until they get settled into a new house. I'm so psyched! We bonded for a very sweaty hour yesterday.

I'm also going to be babysitting Rocco more often for a while, as people will be walking through my brother's house until it's sold.

And I'm ending this post here because I just realized none of the food places are open on campus this week and I didn't bring lunch. And I can't park at work, so I don't have my car. I'm freaking out a little bit. Ok, a lot.

P.S. I have had to set my comments to word verification again because I've been receiving no less than 20 spam comments every day for the past couple of weeks. Sorry for the annoyance!
at 11:02 AM 8 comments: