Since today seems to be the day of random posts, I figured I'd follow suit.

1. There's a dude at the coffee shop I go to maybe once or twice a week who has one of those pig nose piercings and I just can't bring myself to look at him when I'm talking to him. I can't not look at it instead of at him and it's just grody.


2. We have a problem at work (ok, that's an understatement). ONE of the problems we have on my hall at work is...roaches. The grossest thing ever. It haunts me. Without going into too much detail (I am eating lunch), we've been trying to get the appropriate persons to take care of the issue but it's ongoing. This morning my coworker and I came to a short-term solution.


3. The plate wall is evolving.

4. I've been running at a nearby park lately mainly because the distances are marked and most of the path is shaded. It's a 1.5 mile path, so running down and back is three miles. My Garmin doesn't like to find satellites down parts of the path, so it never gives me the full three miles. (I knew that little shit hated me.) I had been running with my Garmin showing mileage only, but I'm thinking it would make more sense to run by time only, especially since the only runs on my training plan that aren't by time, but by mileage, are my long runs. (I'm such a genius, it's taken me four weeks to figure this out). At the beginning/end of my run is a huge community rose garden. I checked it out after my run earlier this week and realized that I was stopping to smell the roses. (ba dum dum). 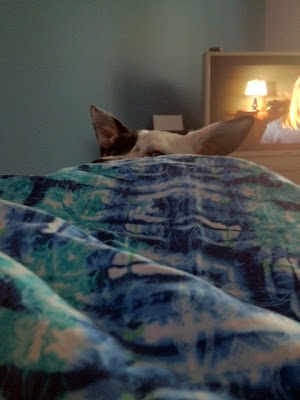 6. For the most part, I'm enjoying our weekly dog training classes, but since I'm running after work today instead of doing lunchtime spin class (I had forgotten it is Thursday) I'm choosing training over dinner. Plus, I'm going to show up sweaty and delicious-smelling.

7. If you've been keeping up with the Olympics, you know that US gymnast, Gabrielle Douglas, is amazing at what she does... 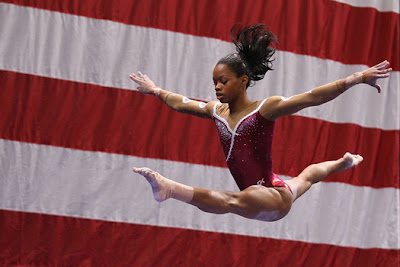 ...you also know that her nickname is "flying squirrel" 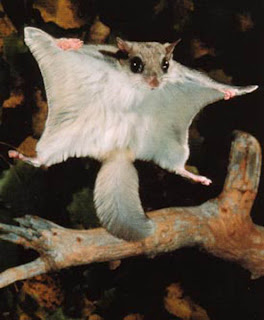 I'm not so sure I'd take that as a compliment. Butterflies fly. Birds fly. But no, she's a flying squirrel. Freaks.


7. Why do the toilets in women's restrooms have seats that go up? Hermaphrodite?