I'm being harassed by the US Census Bureau. You think I'm kidding. Not long after I moved into my house (less than three months ago), I received the forever long census "survey" and, after reading that it is my legal responsibility to fill it out and send it back, I did so.


Fast forward to August 2 (20 days ago), I received a call from them which i didn't answer since I don't make a habit of answering calls from numbers I don't know. (I later looked up the number and it turned out to be the Census Bureau). Since then I've received SEVEN calls from the number. Finally one day last week, out of desperation to make the madness stop, I answered. The guy on the other line started asking me what seemed like every single question from the survey I'd already sent back. I confirmed that they'd received my survey and asked why I was being asked all these questions. His best guess was that the machine that reads the surveys didn't catch all the answers. Now, I KNOW my handwriting is easy to read. I call bullshit. 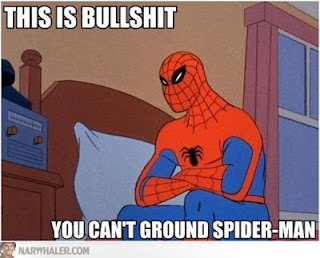 An example of part of our exchange:

At this point I'd been on the phone for more than 15 minutes and that's really as much time as I was going to allow them to steal from me. I told dude that I had to go and hung up. Right away, they tried to call back. I didn't answer. Since then I've received more calls. 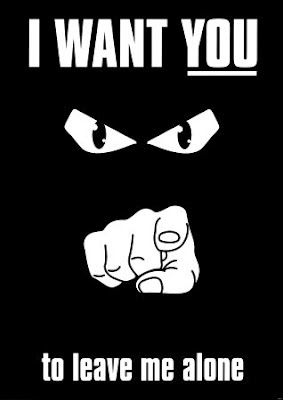 I have so many questions about this. The topmost of which is Is it possible to turn the US Census Bureau in for harassment?? Why is this so fucking important? I'm a single white female living in a house that I pay a mortgage on and I'm healthy. That's really as much information as I'm comfortable divulging. You know, that and the names of my grandchildren.

I've done some research and found out that I'm not alone in this. Of all the amazingly moronic things in this world. I swear I attract stupid.

Anyone else in this boat with me?


Ending this thing on a high note.